You never know when the next storm is coming. It could be high winds, a tornado, a hurricane, or an earthquake. In the U.S., every region is susceptible to at least one of these events. Now imagine one of them strikes when you are at work and your family is at home. Is your home built to withstand the event? The Insurance Institute for Business and Home Safety (IBHS) has conducted studies in their wind tunnel to demonstrate how a home only built to current building code and one with a just a few additional changes can make the difference in a storm.

There are many ways to build a home. For the past 200 years, home construction has remained virtually unchanged with minor exceptions. Uniform building codes have been created in recent years to create standard ways to construct a home and to improve home safety. However, those codes don’t really address disaster safety except in areas that are highly prone to specific events. In most cases, the building code only addresses minimum improvements to construction.

A test by the IBHS in their wind tunnel facility in South Carolina demonstrated how a home built to current building code essentially disintegrated in the face of a high wind event. A home built with some key changes held together with minor damage. Some of these changes included using different nails, modifying the roof, and strengthening openings such as doors and windows. The biggest structural requirement is to create a continuous load path for the home.

What is a Continuous Load Path?

Building science is always working to make home construction better. In studies to make homes stronger researchers find that if a home fails, it typically fails at connection points. The way to enhance these connection points is by using a concept known as a continuous load path. A continuous load path is like a chain that ties a home together from the roof to the foundation. Creating strong connections for each component of your home; floors, walls, and roof, is critical when building a home to take the stresses of a storm

However, just like with a chain, the continuous load path is only as strong as its weakest link. Traditional construction, when built using minimum code standards, just doesn’t do a good job of maintaining, or even creating, a continuous load path. While it only takes some additional labor and as little as several hundred dollars in straps and attachments, site built homes typically just don’t take advantage of the opportunity at hand by implementing the continuous load path concept.

Modular construction, by definition, is built in modules. These modules each have to be built strong individually. In addition to meeting minimum building code, they have to be built stronger and actually exceed building code to simply make the trip to your home site. Have you ever watched module of a modular home being transported on the highway? It has to be able to travel on the road at 65 miles per hour, be maneuvered into position at a home site, and then lifted by a crane with as little as two cables to be safely placed on a foundation. Every modular home has essentially been through a hurricane and an earthquake before it is ever actually lived in.

Within each module, a continuous load path is created by virtue of its factory construction. A floor is built in a systematic manner. The wall partitions are built and installed on that floor. They are attached securely to the floor and to each other. The ceiling/roof assembly is then built as a component and installed on the top of the module. This roof/ceiling assembly is then attached to the wall structure. In addition to the straps, lag bolts, and screws used in the module, in many factories, a sheathing product known as TallWall is also used. This product is essentially longer OSB sheathing. In addition to its benefit of reducing air leakage for a more energy efficient home, it offers strength to the home by adding an additional layer of connectivity between the floor, wall, and roof system.

Once onsite, even the process of assembling the modules increases the inherent strength of the completed home. For example, with a two story home two modules are placed on the foundation. These modules are then connected to each other under the floor and above the ceiling using bolts or lag screws. The modules for the second story are added and again the area of the modules that adjoin each other are connected using bolts are lag screws. The perimeter of the exterior of the modules is connected using either straps, nails, or OSB maintaining and even enhancing the continuous load path of the home. The first floor is then connected to the foundation and the continuous load path is completed. The fully assembled modular home is much stronger than its site built counterpart.

FEMA has recognized the inherent strength of modular homes in its report following Hurricane Andrew.

“Overall, the relatively minimal structural damage was noted in modular housing developments. The module-to-module combination of the units appears to have provided an inherently rigid system that performed much better than conventional residential framing. “

RELATED: WHAT ARE FACTORY BUILT HOMES?

Also, in that report it recognized that many failures of homes during the storm were related to poor construction practices and substandard construction work in site built homes. The quality and consistency of construction that can be achieved by building in an environmentally controlled factory is difficult to achieve when building homes outdoors. Building it better makes is safer.

Taking it to the Next Level

Do you want to take it one step further? The IBHS has now created a program called FORTIFIED. This program is a way to have your home certified to an even higher standard when it comes to protecting your family during a storm. It promotes, through three levels of certification, a prescribed process to enhance the construction of your home to withstand the impacts of a disaster. 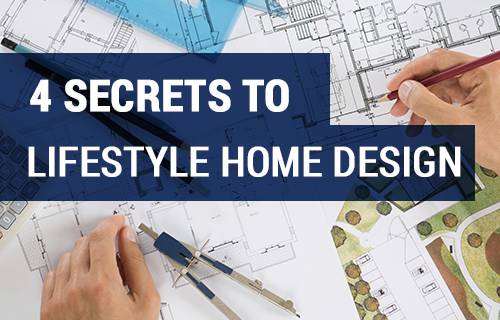