When you start to think about building a custom home, most home buyer’s thoughts don’t drift towards designing for energy efficiency. They want tall ceilings, high roof pitches, and lots of windows. With today’s modern modular construction, you can have all of that and more. However, there may be a cost in terms of a home’s energy performance based on its design. That’s when you start to hear terms such as R-value and U-value. For most, these terms are confusing. What do they mean and why should they be important to you? Let’s demystify these two commonly used terms.

First, it’s All about Thermal Conductivity

What is the R in R-Value?

R is for resistance. The R-value is a measure of how well an object, per unit of its exposed area, resists the conductive flow of heat: the greater (higher) the R-value, the greater the resistance, and so the better the thermal insulating properties of the object. But all R-Values are not created equal, because they measure only one of the factors that determine how insulation will perform in the real world.

Insulation is, first and foremost, meant to stop the movement of heat. The problem with using R-Value as the sole yardstick of an insulation’s effectiveness is that heat moves in and out of your home in four ways: by conduction (which R-Value measures), and by convection, radiation and air infiltration (none of which R-Value measures).

The R-Values of insulation materials are measured in a lab. That would work great – if your home were in a lab! But your home isn’t built inside of a lab and that means there are other factors such as wind, humidity, and temperature changes that come into play. The combination of these items typically lower the effective R-Value of any insulation in a home. (More on this in a future article!)

What is the U in U-Value?

U is simply the symbol for internal energy. While it’s not as easy to remember its meaning as it is for the R, it is also an important measure in helping to determine the energy efficiency. The U value of a building element is the inverse of the total thermal resistance of that element. The U-value is a measure of how much heat is lost through a given thickness of a particular material, but includes the three major ways in which heat loss occurs – conduction, convection and radiation (Air infiltration is managed by the home’s thermal envelope).

U values are most commonly displayed on windows and doors (fenestrations) of a home. You will find it on the labels required to be affixed to each of those products. The lower the U value the better. Look for products with the lowest U value and you will be improving your homes energy performance. Windows and doors reduce their U value in many ways. These include:

Panes – The first step to improving a window is usually to add a second (or even third) pane of glass. This traps a layer of still air, a good insulator, between the panes. Double-pane windows insulate about twice as well as single-pane windows, so only half as much heat passes through the window.

Films and Coatings – Wouldn’t it be nice in winter if you could let in heat from the sun, but keep the home’s warmth inside? This is essentially what a low-emittance (low-e) coating does. A clear microscopic metal oxide layer installed on a surface of one of the panes of glass allows short-wavelength sunlight to pass through it, but reflects long-wavelength infrared radiation.

Gases – The space between panes can also be filled with argon or, less often, krypton gas, which insulate better than air. Windows filled with air or argon work best when the space is about 1/2 inch. Windows with krypton are usually more expensive, both because krypton itself is expensive and because the designs tend to be upper scale. Argon is nearly as effective and does not add much to the cost of a multi-pane window.

Frames and Spacers – Window frames are typically made from aluminum, wood, vinyl (polyvinyl chloride), or fiberglass. The frame can account for about 15% of the energy loss through a window. Aluminum frames have high U-factors, unless they include a thermal break-a strip of urethane that interrupts the transfer of heat through the metal.

Wood, vinyl, and fiberglass are much better insulators than standard aluminum frames (without the thermal break). Of these, fiberglass performs slightly better than the rest and is also the most durable. You’ll find that vinyl and wood frames generally have similar U-factors. Some very expensive vinyl frames are filled with urethane foam insulation.

In double and triple-pane windows, the panes of glass are separated by spacers. The spacers are traditionally made of aluminum, even in wood, vinyl, or fiberglass frames, creating greater conductivity around the window edges. Its best avoid this with warm edge spacers. The biggest advantage to warm edge spacers is that they reduce condensation around the edge of the window.

What is a Fenestration?
fen·es·tra·tion
fenəˈstrāSHən/Fenestration refers to the presence of openings in a building. Fenestration includes windows, doors, skylights, and curtain walls. Fenestrations (windows and doors) play a huge role in the design of a home. In a practical sense, they also play a huge role in the energy efficiency of a home. You can have very energy efficient walls but with openings that allow a higher level of heat loss thereby defeating the effort for better home energy performance.”

The bottom line is that regardless of a building’s design, the answer isn’t stuffing in as much insulation as you can. You will quickly reach a point of diminishing returns. It takes coordination between all of the systems in a home, including its initial design to optimize a home’s energy efficiency.

Hi, I am Ken Semler the founder of Express Modular. I am passionate about this industry, our company, and the products we provide. Modern modular construction provides the ability to deliver healthy, safe, and energy efficient living spaces. Express Modular is a licensed builder/contractor in almost every state. I believe that modular homes provide the best way to deliver virtually unlimited design flexibility at the greatest value. 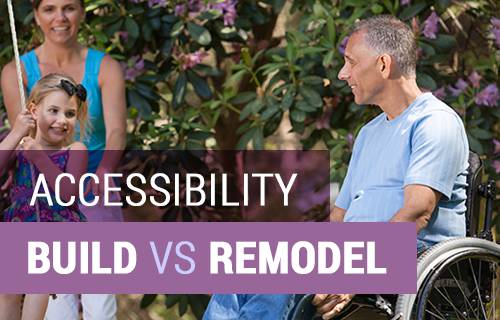