Legos, like modular homes, have been around for a long time. Legos started out as simple blocks, available in a limited variety of colors and were interlocking. The simple concept provided children with the ability to connect these blocks in different ways to create just about anything; a car, a building, or almost any object. Modular construction of homes began as a way to breakdown home plans into simple modules that could be constructed at a factory and then assembled, in Lego-like fashion, into a larger and complete home on site.

How Did Legos Get Started

In 1934 a Danish carpenter created a toy company. He called it Lego, which is taken from the Danish phrase leg godt, which means “play well”. In 1949 the Lego Company began to produce what we now know as Legos. This was just the beginning of a long and evolutionary process.

In 1958 the modern Lego brick design was developed. By 1972 Lego had expanded to introduce boat and ship sets. It took until 1978 to introduce the mini figures to the Lego sets. Lego grew and took advantage of new technology to build better bricks and more unique pieces.

Beginning in the 1970’s, Lego found its market. It discovered that by creating sets, instead of just supplying bricks, kids would demand Legos sets for Christmas and birthdays. The marketing efforts of Lego have culminated in the creation of a virtually unlimited amount of sets for just about every theme, car, boat, truck, movie, and character created. It took time but Lego has developed an almost cult like following among children and millions of adults.

Modular construction is the process of taking a home plan and dividing it up into modules. These modules are then constructed in a factory as unique, self-contained pieces that can be transported individually to a building site. After World War II, there was a shortage of housing. Modular became one of the solutions to solve the shortage. In the early days, each of these modules were simplistic because the technology and the ability to transport large sections of homes to building sites was developing. In addition, building codes were diverse and not standardized.

RELATED: MODULAR WILL WIN THE CONSTRUCTION METHOD STREET BRAWL (AND THESE WILL BE THE LESSONS LEARNED)

Because of its early roots, modular homes found their initial market in providing solid and comfortable housing at a great value. However, as building techniques have improved, road systems have gotten better for delivery, and energy requirements have tightened; modular has come into its own. However, what still remains is the perception from its origins that is just a bunch of blocks that can be creatively assembled to meet basic home needs.

Meeting the Needs of the Market

Up until the 1970’s the Lego Company was doing well just producing as many bricks as it could. However, they realized that if they could package their bricks into sets, they could capture the imagination and desires of children everywhere. Once they created these sets, success built on success until today there are Lego theme parks, Lego conferences, and virtually unlimited ways to enjoy the Lego toy system.

Modular Homes are at that point. Architects, builders, and factories are finding that they can take traditional plan designs and show home buyers that modular homes can be built in virtually any style or virtually any floor plan. The home buying consumer now can see that they can get a home exactly like they want and with the added features provided by modular construction. Features such as a healthier living environment for the family and better energy efficiency for lowering bills are just a few that confirms they are taking the right approach to building their new home.

Much like Legos, using modular construction for the majority of homes is upon us. In the U.S., the construction labor shortage is real. The craftsman that are needed to build the homes we need just aren’t available. Utilizing modular for custom home building will soon be the only way to build quality custom homes anywhere in the U.S.

Modular Homes and Legos: A Strong Future for Both

Legos and modular homes both got their start at about the same time. From a consumer perspective, they were both very much on a parallel path. Both started as simple blocks that sparked the creativity of the market they served. As time when on, Lego figured how simply putting the blocks together in sets and then adding new pieces and figures they could dominate a new segment of the toy market.

Modular homes are finally on that path. The construction technology and building science that exists today make modular construction techniques a great way to deliver custom homes. The sophistication of the design capability and the homes that can be created and built have never been better. Just as the name Lego was derived from the Danish phrase leg godt, meaning “play well.”, modular has achieved the distinction of offering the best in custom home design and means “built well”. 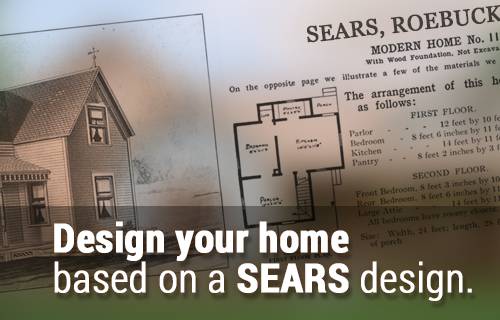